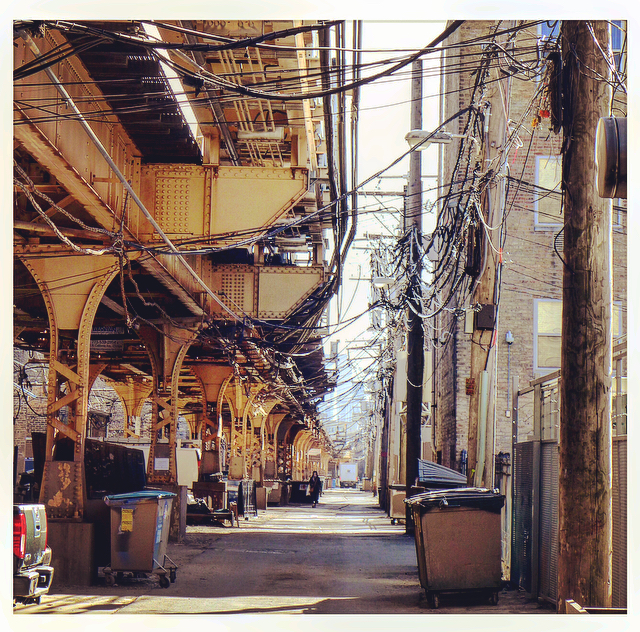 When you get to Chicago, you’ll need a 1938 Lincoln-Zephyr to drive around and a time-machine so that you can head back to the 1920s and drink Gin Rickeys with Al Capone at The Green Mill – quick, before his syphilitic dementia kicks in. The signs of which were notable during his later 1930s spell in jail for ahem ‘tax-fraud’.

Plenty of other Speakeasy’s will be available to you – if you can find them. Construction workers recently discovered one in a deep, underground tunnel running under a building. Despite the 80-years’ worth of dust, it was so complete that the end of prohibition must have been announced half-way through the night and everyone just left, dancing out into the streets, their drinks in-hand, never to return.

If being in a 1920s Speakeasy is a bit too raucous for you during your time-travel, look out for a Blind Tiger icon in a window instead. This signifies that whiskey is being served under the guise of an ‘exotic animal’ being on view in exchange for a small cost. Which, coincidentally, was the exact-same small cost as a measure of whiskey. The Chicago Distilling Company now make a ‘Blind Tiger Bourbon’ to celebrate the kind of ingenuity and resourcefulness shown during the dark days of prohibition.

Most of all, you’ll want to do some back-seat driving with Blues Brothers, Jake and Elwood. These days, the closest you’ll get to that is by watching their finale ‘Loop’ chase on YouTube. Their Bluesmobile – a 1974 Dodge Monaco – having come to a spluttering collapse in 1980, between the Richard J Daley Centre – built ‘67 –  and the sculpture Picasso gifted the city in the same year. Which, by the way, is honestly the biggest sculpture I’ve ever seen: 50 feet and 162 short tons.

And what are you eating while in Chicago? Hot Dogs is what.

Many. Many, many Hot Dogs.

So good. If some fancy-pants fine-dining chef were to take all the elements of a traditional Chicago Hot Dog and apply them to something a little more refined he / she would have an absolute smash on their thieving hands. The combination is thus: two of them little green chillies, but pickled, not the blow-your-socks off sort. Tomato. A huge slither of gherkin cut length ways so it’s evenly distributed along the entire length of your dog. Illuminous green relish. Don’t know what’s in it, nobody does. Don’t ask. Roughly chopped huge chunks of white onion that will render you unable to talk to anyone for a couple of days until the aroma has worn off. Celery salt. Make sure your actual dog is the Vienna Beef brand. Don’t even think about ketchup or mustard. (Vienna Beef isn’t actually from Vienna by the way. It’s from up the road in Bridgeport).

This Hot Dog will be the best Hot Dog you’ll ever taste. I was taken to Duk’s Red Hots for my Chicago-style Hot Dog because it’s been there since 1954 (or ’57 depending on who you speak to) but there are Hot Dog stands on every corner.

(Apparently, you’re to ask for your Hot Dog ‘dragged through the garden’ but this might have been someone trying to set me up.) 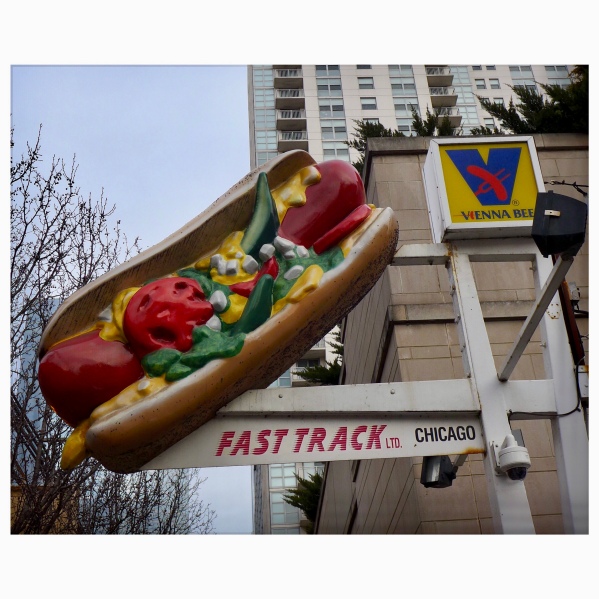 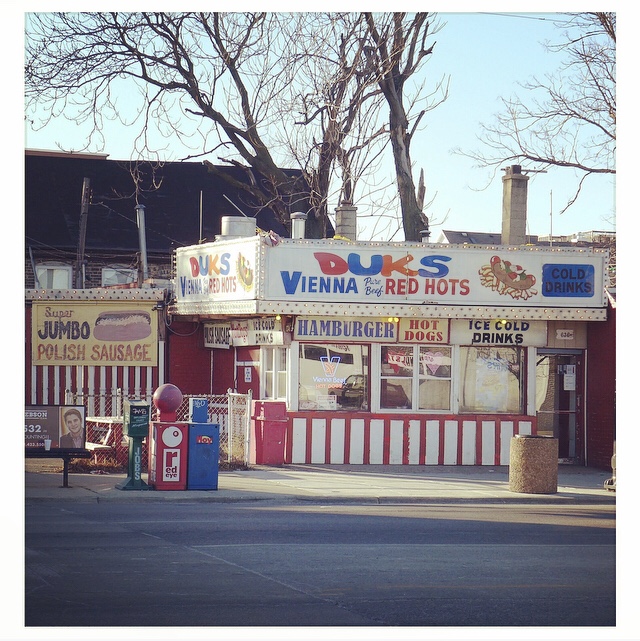 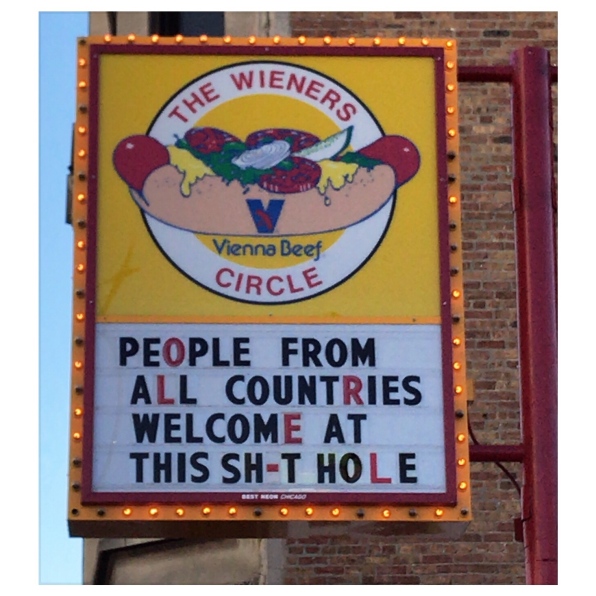 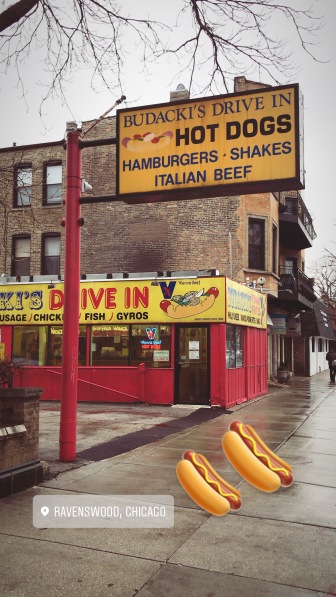 You’ll also be eating Deep Pan pizza. I wasn’t though, as I was too busy eating Hot Dogs. But my Taxi driver told me Chicago Oven Grinder is the best place for Deep Pan Pizza and I totes trust Taxi drivers when it comes to such things.

Incidentally, the chocolate Brownie was invented in Chicago. I’m not much of a fan of the chocolate Brownie. But if you are, you can make a pilgrim to its creators grave at the Graceland Cemetery; socialite Bertha Palmer. Mexican food is also huge in Chicago and the Pilsen district is the one to hit for some genuine Mexican stuff. Or linger around the dive-bars for the elusive legend that is ‘Tamale Man’. Just some guy who randomly turns up, sells them to late-night drinkers out of a Blue cooler and then vanishes back into the shadows. I don’t think he wears a cape.

As for drinks, Chicago is BEER city. And where would we be without beer. What would we be cracking a cold one of, if not beer? Each other’s heads, probably.

We have European immigrants to thank for Chicago beer and its heavily influenced by German and Belgium brewing. Chicago folk take their beer very seriously. Go to the Hopleaf in Andersonville and find it hard to ever leave. Ah…Beer. *misty eyes 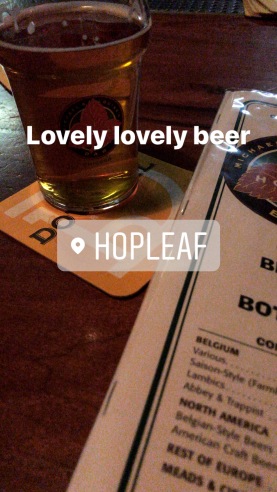 There are at least 32 independent breweries in Chicago; at least I lost count at 32. I did the Empirical Brewery tour located on the ‘malt-mile’ as locals call it. The Empirical Brewery name their tanks after Star Wars planets so obvs I went there. But there are plenty of others to visit as most open their doors at the weekend and pretty much all of them have a Taproom.

Empirical tell me the water in Chicago is perfect for brewing. I forget why though, stoopidly. Probably something to do with it being not too hard and not too soft, Goldilocks. Chicago has a rescue scheme that trains cats to work in packs to keep the rodent population down in its cities breweries. Not necessarily because they kill the pesky things but mostly because the pheromones they give-off make the rodents sniff the air and think: fuck this, I’m off. Of course the Empirical brewery named their cats after Ghost Busters characters. Their Cold Fusion Cream Ale is the one. I showed restraint because it was only midday but I could have drunk a bucket-full, as everyone else was doing. 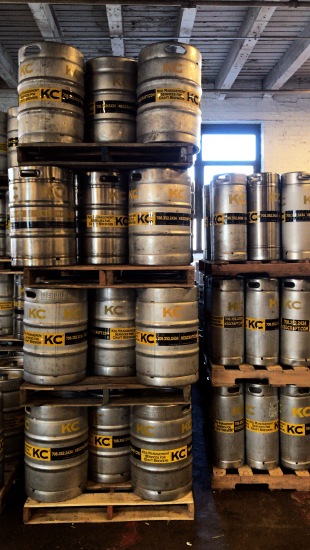 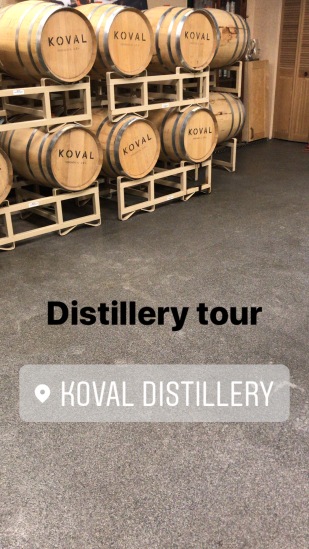 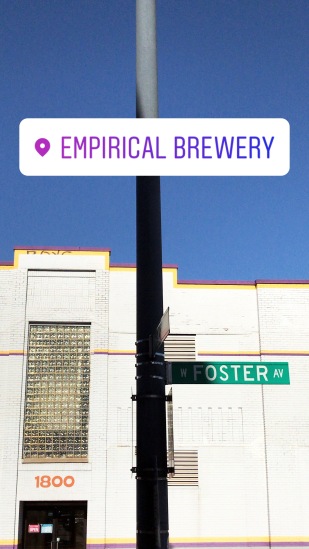 If spirits are more your thing, family-owned Koval distillery is the oldest distillery in Chicago, dating all the way back to 2008. Yep, it’s a heady 10 years young, because prohibition laws were still in place until Koval had them overturned. Prior to this, it was against the law to have or to operate a distillery in Chicago. Yes, really. I can’t imagine city-hall having had much objection to changing the rule though; the request was probably met with some surprise that it was still in place and that nobody had realised. I did the Koval tour, but it was really packed because it was a Saturday afternoon. (And because its an important distillery). You get a little organic squirt of everything they produce and all of it was good – of course – but the Ginger and Coffee liquors stood out (ace for cocktails) as did the Barrelled Gin. Even the barrels are made by a family-owned business, which is a nice touch. 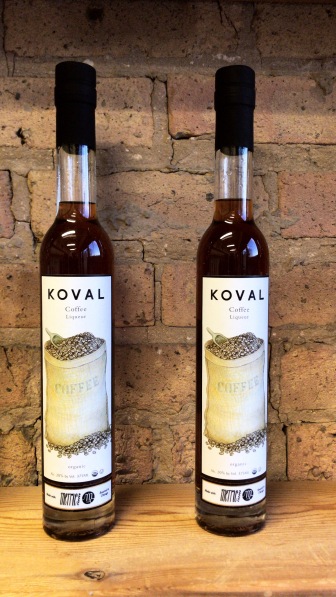 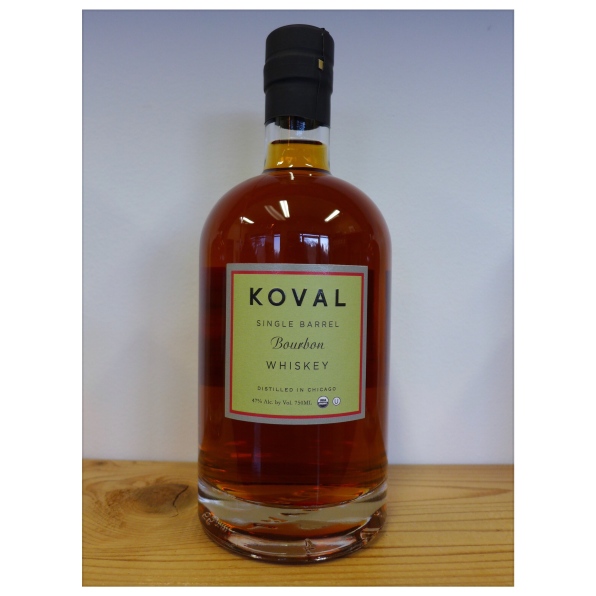 Whilst we are on the subject of prohibition laws, I heard some great prohibition-dodging stories…..

At the time, all of the below would have been accompanied by a wink and a nudge.

Folk could have their bowling bags checked-in before taking to the lanes. The bags would be a bit heavier on the return, though. What with there being a cellar full of hip-flask whisky bottles under the bowling alley. It would have been an expensive cloak-room ticket. But worth it.

Shops could sell you a ‘grape-brick’ for your larder. A preserved form of fruit for ‘cooking’ but please – they’d advice you – “do be sure NOT to accidentally let it soak in water with some sugar and yeast for a few weeks”. What NOT to ‘accidently’ do being clearly written on a handy ‘warning’ sticker on the side of the brick. *shop keeper winks, nudges, points. A few short weeks later, wine is served with the Sunday roast.

‘Medicinal’ whiskey was available for your ills, but only if you could find a doctor to prescribe it to you. Only Walgreens could exchange your prescription for whiskey. It couldn’t have been hard to find an obliging doctor; before prohibition there were only 5 Walgreens in the city. By the end of prohibition, there were 500……

The ‘Honorary Frankie Knuckles Way’ is here, of course. Same street as the Warehouse was on – opening in ’77 – in which he DJ’d. He’s the godfather of house and it doesn’t really matter if house is your thing or not, you just got to hand-it to anyone that relentlessly, tirelessly and devotedly dedicates themselves to music for outsiders, to hell with what the mainstream think. Which was probably quite a lot given that the Warehouse was originally a members-only gay-club for Black men and this was the 1970s. His entire record collection was bequeathed to the Stony Island Arts Bank and on Sunday afternoons you can go and sniff their heady vinyl smell as you slip them in and out of record sleeves soaked in sweaty-dry-ice residue from a thousand club nights’ past. 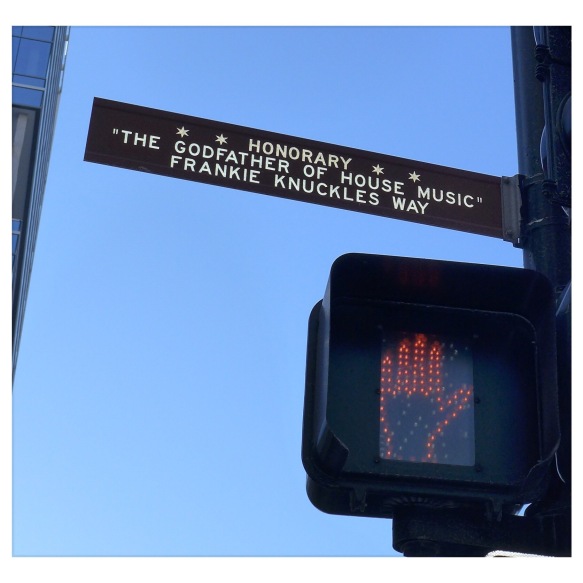 The Germans came en masse – or should that be Eine Menge – from about 1830 onwards. Chicago is pretty much German to be honest. Sort of. A whopping 16% have German ancestry. 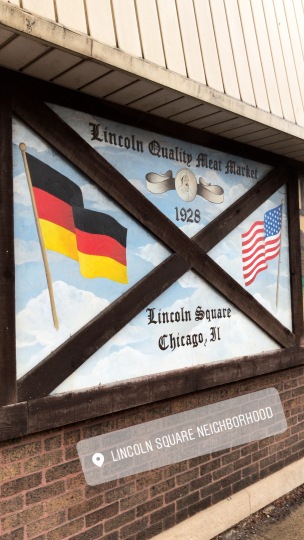 There are more Poles living in Chicago than in Warsaw. My hands-down favourite cafe to eat in was this old couples odd Polish place; Podhalanka – in which they shuffled about. It looked like nothing had been moved an inch, let alone been replaced, since about 1981. The owner threw a menu across the table at me with such force I got up to leave apologetically but she yelled at me to “Sit!’It’s cold. I bring you soup!”. Which she did and it was the most delicious thing I have ever eaten. (apart from the Hot Dogs). I bet I return one day only to find it gone, gutted and forgotten and I’ll probably cry and mourn the passing of time in the most deep and philosophical, over-the-top way. We conversed a little but I wish it had been for longer. They were adorable. I’d like to have known more about them including when, why and how their family had come to be there but I suspect I already know. WW2.

Don’t know about you, but that’s probably as much as I could digest in one work-break-toilet-swipe so I’ll hang-up now and continue another day.

The addresses of the places i’ve mentioned are below…..

As ever, if you’re passing through a place I’m at, be sure to say hello and if you visit any of the places listed, let me know that too…. 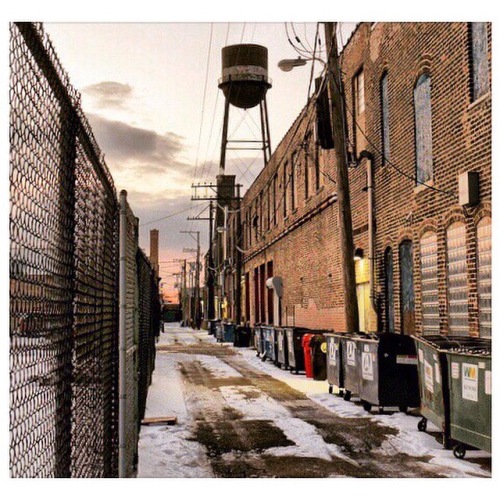 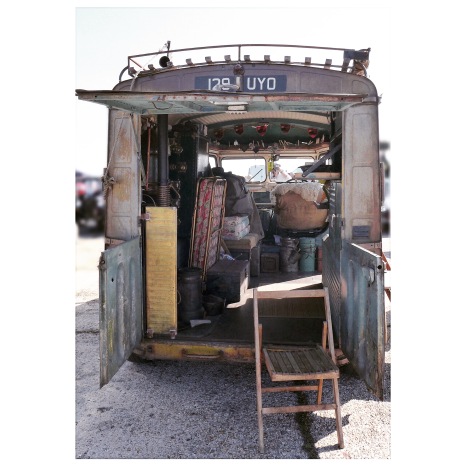 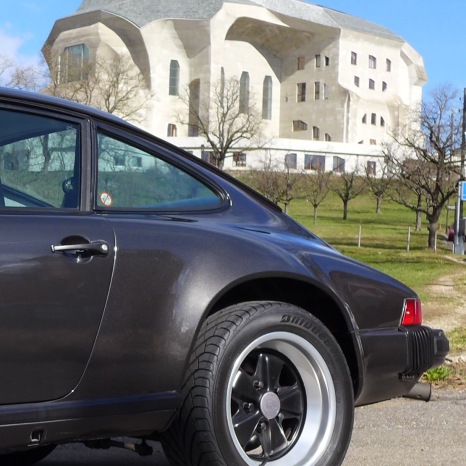 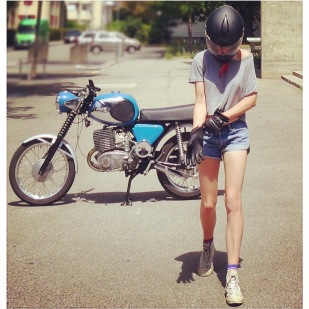 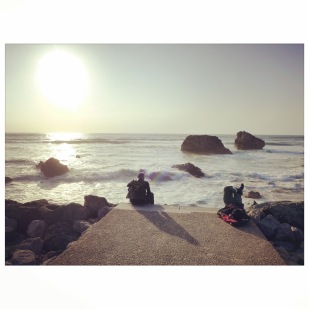 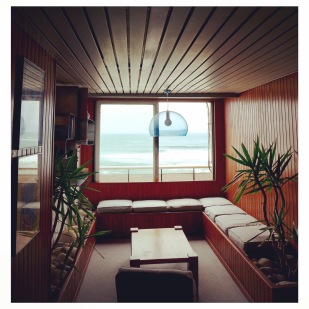 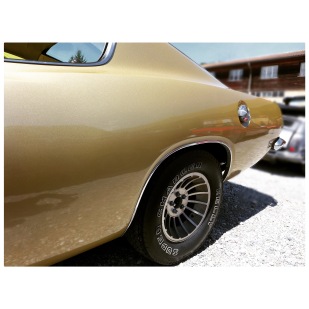 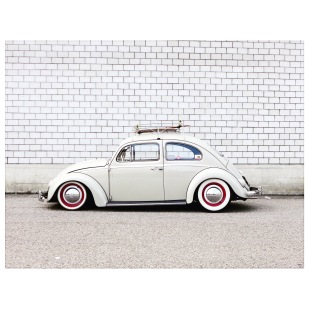 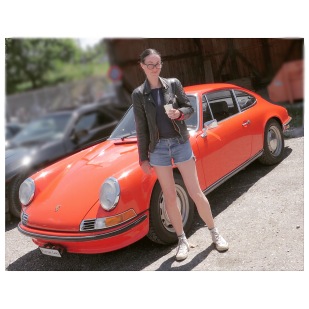